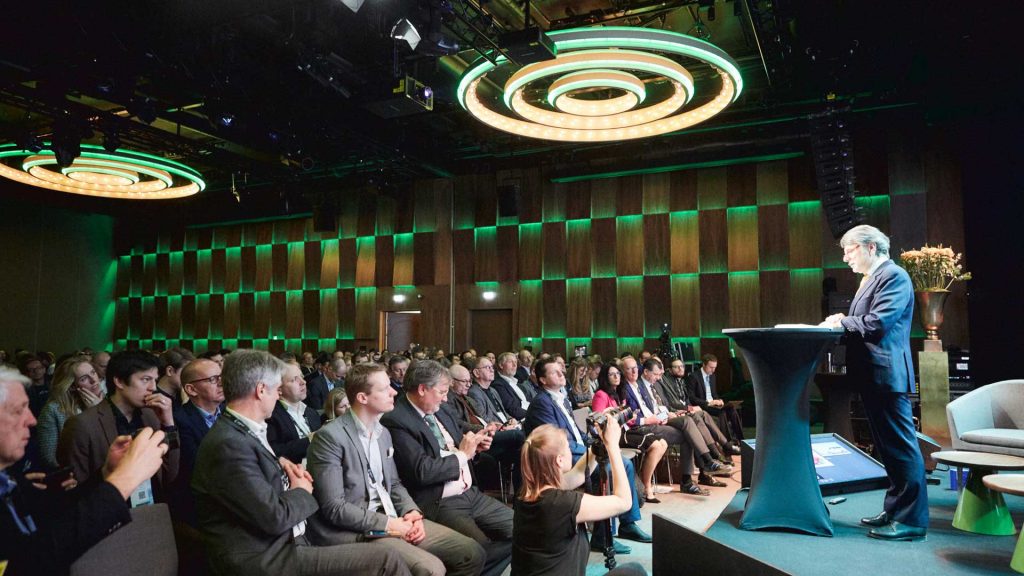 The 2019 conference and program was presented by:

Welcome to the Nordic EV Summit 2019: Planet Electric, and our first five keynotes.

FAST CHARGING IN A MASS MARKET

Construction equipment do heavy work and are heavy Co2 emitters. What can be done to reduce emissions from construction sites? Can local authorities’ demand for cleaner air and lower CO2 emissions make an impact? Moderator André Aasrud, IN COLLABORATION WITH Climate Agency, City of Oslo presents the following speakers:

THE ETHICS OF BATTERIES

The discussion about the production and disposal of batteries has surged along with the sales of EVs. How do the battery companies focus on these issues? What did Amnesty’s chief investigator learn from visiting the cobalt mines in Congo? Moderator Amalie Hilde Tofte, International Adviser, presents the following speakers:

A growing number of companies, large corporations and municipalities are pursuing plans to include more electric vehicles in their fleets. What are the motivators and barriers of fleet electrification? Moderator Clay Stranger, Director of Office, RMI, presents the following speakers:

Electric technologies can increase the productivity and reduce the environmental impact of traditional agricultural processes. Where are we today, and what can we expect the future of farming will look like? Can we turn electricity into food? Moderator Siv Hatlen Heimdal, Digital Communications Manager, Norsk Landbrukssamvirke, IN COLLABORATION WITH Norwegian Agricultural Cooperatives, presents the following speakers:

LEARNING FROM THE LEADERS

Norway isn’t the leader of the pack in all categories: In a number of places around the world, tremendous efforts for EVs are being made. Moderator Ellen Hiep, CEO, HiePRactief, presents the following speakers:

Germany’s Baden-Württemberg is a major hub for car manufacturing in Europe, and Norway has the world’s largest EV fleet per capita. In this session, politicians from both will discuss change, adaptation and policy. Moderator Monica Araya presents a panel discussion featuring:

What can we learn from green transport policies implemented in Amsterdam, New York, Bergen and Oslo? How can city governments speed up the transition towards a cleaner future and be a driver for more ambitious national policies? Moderator Mark Watts, Executive Director of C40, IN COLLABORATION WITH City of Oslo, presents four keynotes followed by a panel discussion featuring:

In this session, Chelsea Sexton (EV Consultant and known for the movie Who killed the electric car) presents four keynotes followed by a panel discussion:

Can aviation become zero emission? Electric aircraft are being developed, but when can we expect take off for commercial electric aviation? Can Norway become a world leader in electrifying aviation? Moderator Kåre Gunnar Fløystad, Head of policy and research, ZERO, presents three keynotes followed by a panel discussion:

Autonomous Mobility on sea and land: for a more efficient, sustainable and attractive movement of people and goods. In this session, Beate Kvamstad-Lervold (SINTEF) presents the following speakers:

Oslo is the European Green Capital in 2019. How has this «ElectriCity», considered to be the electric vehicle capital of the World, used governance and incentives to enchance the green development? Moderator Erik Aasheim, journalist, program host and author, IN COLLABORATION WITH City of Oslo, presents the following speakers:

Don’t miss these four final speakers of this year’s conference: